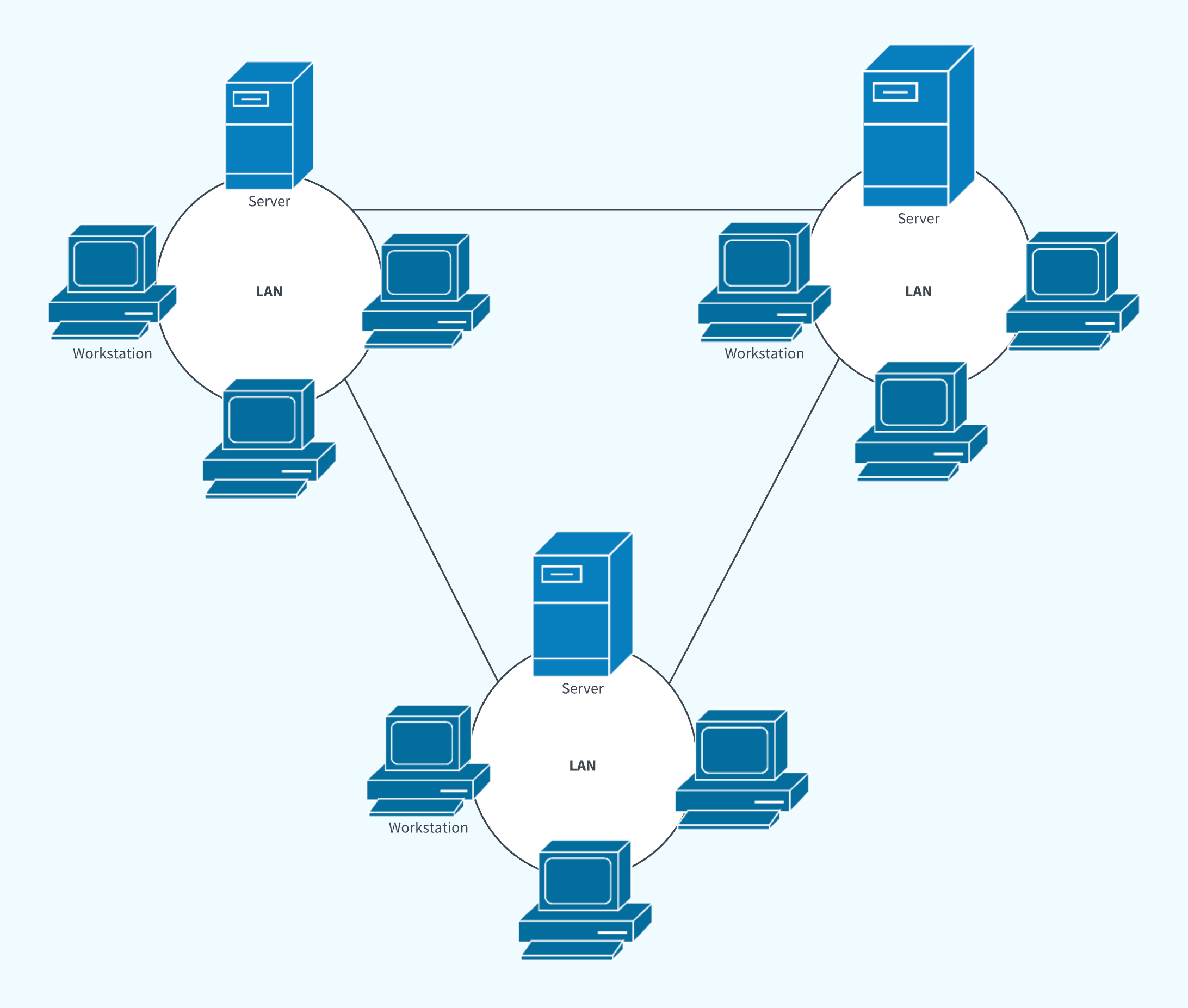 A WAN or Wide Area Network is a telecommunications network that is extended over a large area and connects devices from different locations across the globe. Currently, it is the most expansive form of computer networks available. The Internet itself can be considered as a WAN.

WANs are generally set up by service providers which then provide their WAN to different people or communities, such as the local public or a business. Customers can use the network to communicate with other users across the globe and share information as long as they have access to the established WAN which can be provided in the form of internet access, cellular network, or wireless network.

WANs are not constrained to a single geographical location unlike LAN (Local Area Network) which is restricted to a single location and consists of devices and computers that are connected to each other at a relatively short distance. Multiple LAN connections can be connected to a WAN. A device such as a router or a modem is used to connect a LAN to WAN.

WAN consisting of wired connections is the standard for all over the world due to the fact that the data transmission is fast and there is less loss of data but wireless connections are also getting popular and gaining attention.

WAN Connections are very important and if they didn’t exist then most of the people and organizations would be isolated and have difficulty reaching out to each other. They are other connections such as LAN but they only allow people to interact with others within a specific area such as within their work building only. It is not possible to reach outside their geographical area with LAN connections.

Not only is WAN beneficial to organizations but it is also very essential for the general public. Every day, millions of people rely on WANs to communicate with each other, share information, and manage their daily tasks.