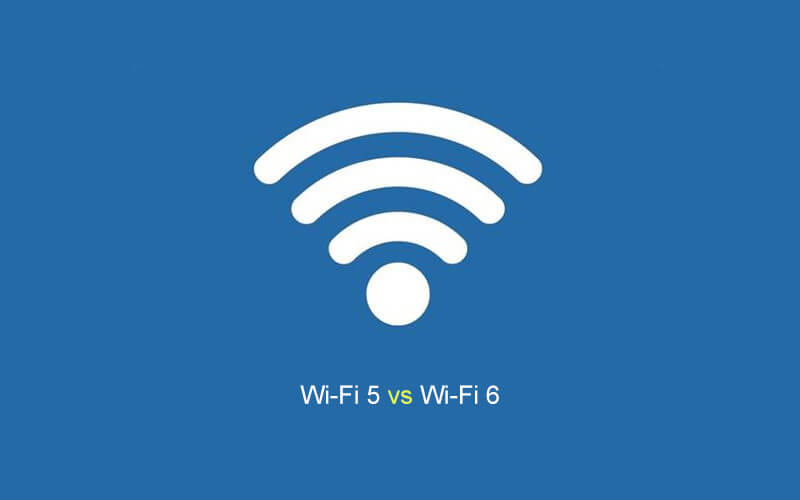 Wi-Fi otherwise known as Wireless Fidelity is a wireless network protocol that is based on the IEEE 802.11 standard. Wi-Fi has many versions and was first introduced in the year 1999. Fast forward to the present day, Wi-Fi is everywhere, be it in your home, workplace, bus, station, and places where there’s a need.

In 2019, the Wi-Fi alliance announced its next-gen Wi-Fi which is called Wi-Fi 6. In the years to come, this will replace the existing Wi-Fi 5 or 5ghz Wi-Fi. The difference between the two is that Wi-Fi 6 provides a wider range of capabilities, such as wider support for more IoT devices and unique features like Orthogonal Frequency-Division Multiple Access or OFDMA which helps in a more solid number of connections.

Wi-Fi 5 also knows as 802.11ac is the fifth generation of Wi-Fi and is an update to the existing 802.11a. It is also known as Gigabit Wi-Fi as it is theoretically capable of one gigabit per second of download speeds.

Wi-Fi 6 which is also known as 802.11ax is the sixth generation of Wi-Fi standard and targets more into throughput efficiency, more data rates and more wired network connections.

Wi-Fi 5 uses the 5Ghz frequency for throughput whereas Wi-Fi 6 uses both the 5Ghz frequency and 2.4Ghz simultaneously to improve both data rate and provide better range at the same time thus removing the 5Ghz only negative part i.e. range.

As we see Wi-Fi 6 provides better throughput than Wi-Fi 5. In Wi-Fi 5, its target data rate is around 6.9 Gbps which can be reached only in ideal circumstances whereas in Wi-Fi 6 this gets increased to a staggering 9.6 Gbps which not only means more stable Gigabit speeds (1 GBps = 8 Gbps) but more sustained at the same time.

It stands for Multiple User- Multiple Input, Multiple Output, which is a technology that enables data sources and its destination sources to communicate through more antennas rather than one. Wi-Fi 5 uses this only for downlink which means this technology used only while you are downloading something whereas in Wi-Fi 6 it is utilized for both uplink and downlink which means both for downloads and uploads which in turn helps for better and stabler connection.

Wi-Fi 6 has more edge over Wi-Fi 5 when it comes to spatial streams. Theoretically, Wi-Fi 5 uses four spatial streams at a time and can go up to eight, however they can reach up to eight streams only at ideal conditions. Wi-Fi 6 on the other hand starts with eight spatial upstreams to begin with which helps it achieve the eight streams more easily and helps in more performance in terms of speed and reliability.

Wi-Fi 6 uses a better 1024-QAM vs Wi-Fi 5 which only uses a 256-QAM resulting in better speeds again. Wi-Fi 6 also supports a new technology known as Target Wake Time which is a feature that helps in battery saving for your smart devices resulting in higher energy efficiency.

Wi-Fi 6 also uses Basic Service Set or BSS coloring which essentially color code traffic in a particular frequency. This helps to diminish co-channel interferences which can cause data loss.